Posted by mjombazecoder_zvak7y Posted on January 4, 2022 0 Comments on Celebrities who stood with Palestine in 2021
Posted in tartness 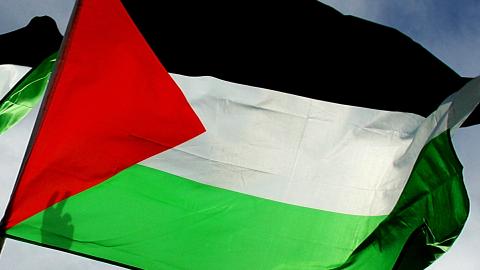 As Israeli transgressions against Palestinians continue, let’s take a look at celebrities who have utilised their voices on social media to speak up against Israel in 2021.

Beloved Harry Potter star Emma Watson has become the latest celebrity to voice her solidarity with Palestine in a social media post. With all eyes currently on her, Watson is not alone in her support for Palestine.

2021 has seen many celebrities come forward in solidarity with Palestine, lashing out at Israel, especially in May when the Israel-Palestine conflict had reached a new peak with day-to-day airstrikes in Gaza and forced illegal evictions of Palestinians in Jerusalem’s Sheikh Jarrah neighbourhood.

Palestinian-American model sisters Bella and Gigi Hadid have been especially vocal about the struggle in their fatherland, taking to social media, attending protests, and openly cherishing their Palestinian lineage.

Here are seven other world-renowned celebrities who have taken a pro-Palestine stance in the last year.

American actress Susan Sarandon has been among the most vocal celebrities in support of Palestine in 2021.

The actress reiterated her support on several occasions through her Twitter account, calling Israel out for settler colonialism, apartheid, and more.

The actress was also among over one hundred celebrities that condemned Israel’s designation of 6 Palestinian human rights groups as “terrorist organisations” in an open letter in November, along with Tilda Swinton, Richard Gere, Simon Pegg, and Mark Ruffalo.

Standing in solidarity with the Palestinian people who are facing ethnic cleansing and being terrorized at the hands of the Israeli government and Jewish settler organizations.

English musician Roger Waters from the infamous rock band Pink Floyd was also among the most fervent voices in support of Palestinian rights, condemning Israel of forced evictions in Sheikh Jarrah.

The musician held Israel accountable for being an apartheid state and especially addressed US President Joe Biden’s support for Israel, saying supporting Israel supported the “genocidal removal of people from their homes,” in a video he posted on Twitter.

A note from Roger.

The actress behind Queen Cersei Lannister from the HBO series Game of Thrones was among the celebrities standing in solidarity with Palestine.

Lena Headey shared several videos on her Instagram account to pull attention towards the forced evictions in Sheikh Jarrah, with one reading “Save Sheikh Jarrah. Zionist Israeli Apartheid.”

The actress also used the hashtag #FreePalestine with a post against Israeli atrocities in Gaza.

The witty British-American comedian and TV host brought up the Israel-Palestine issue in an episode of his show Last Week Tonight.

The TV personality called Israel out for committing “ war crimes”, and practicing “a form of apartheid.”

“One side has suffered over ten times the casualties,” Oliver said in the episode, adding that “This isn’t tit for tat. There is a massive imbalance when it comes to the two sides’ weaponry and capabilities.”

Oscar-winning American actress Viola Davis also posted on her social media to show her solidarity with Palestine in May.

In an informative Instagram repost captioned “Let’s talk about what’s going on in Sheikh Jarrah,” Davis pulled attention to the illegal evictions forced on Palestinians by Israel.

The post by Viola Davis was also shared by renowned Israeli-American actress Natalie Portman, who has consistently criticised Israel for its racist treatment of Palestinians.

In 2018, the actress had declined the Genesis Prize, referred to as the Nobel Prize of Israel, in protest of the Netanyahu government, saying “the mistreatment of those suffering from today’s atrocities is simply not in line with my Jewish values.”

She was especially compared with Gal Gadot, the Israeli actress behind DC’s Wonder Woman, who has spoken out rather in favour of Israel.

A British singer of Albanian descent, Dua Lipa has also expressed her solidarity with Palestine.

Along with the Hadid sisters, the singer was accused of antisemitism and vilifying Israel for their pro-Palestinian stance, being called an “unholy trinity of anti-Semitic bile” in ad by the World Values Network published in The New York Times.

Lipa, of course, did not stay silent, saying “I stand in solidarity with all oppressed people and reject all forms of racism,” and rejected the “false and appalling allegations” on her social media.